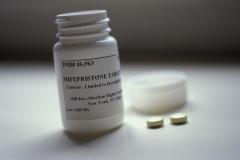 On Jan. 12, the Supreme Court granted the Food and Drug Administration (FDA)’s request to reinstate its requirements surrounding the distribution of the mifepristone abortion regimen. This ruling reversed a federal judge in Maryland’s ruling that blocked the FDA’s in-person distribution requirement for the regimen citing the challenges to chemical abortion access presented by the COVID-19 pandemic.

The Supreme Court decision was a win for women’s health.

In 2000, under the leadership of the pro-abortion Clinton administration, the FDA approved mifepristone for abortion usage and declared that mifepristone was subject to certain distribution restrictions to ensure safe usage. In 2011, these restrictions were converted to Risk Evaluation and Mitigation Strategies, otherwise known as REMS. The FDA decided to place restrictions on this drug because mifepristone carries with it life-threatening and health-endangering risks, such as hemorrhage, infection, incomplete pregnancy, retained fetal parts, the need for emergency surgery, and even death.

The restrictions, which were weakened but ultimately kept in place by the pro-abortion Obama administration in 2016, are meant to protect the women taking the drug. Under the current REMS, the drug must be prescribed by a health care provider who can assess patient eligibility, diagnose ectopic pregnancies, and provide or facilitate emergency surgical intervention in the case of an incomplete abortion or severe bleeding. Under FDA rules, mifepristone is not available from pharmacies. Notably, the 2016 weakening of the REMS removed the requirement for manufacturers to report any adverse events to the FDA other than death.

This spring, the ACLU filed a lawsuit demanding that the FDA temporarily suspend enforcement of the REMS so that women could receive mifepristone through the mail, thus eliminating the requirement for patients to see a health care provider prior to ingesting this dangerous drug. The ACLU argued that the patient had already been evaluated by a clinician either using telehealth or at a prior in-person visit, thus negating the need for another in-person visit to receive the drug.

Unfortunately for women, their health care is certainly not a top priority in this lawsuit. Though a doctor may be able to determine how far along a pregnancy is or diagnose an ectopic pregnancy through telemedicine, it is certainly not best medical practice. Failing to diagnose an ectopic pregnancy or to properly assess the length of a pregnancy can cause serious harm—and even death—to the woman taking the mifepristone. The Maryland court’s acceptance of the ACLU arguments puts women’s lives at risk.

Thankfully, for the time being, the Supreme Court decision issued a stay of the preliminary injunction that reinstated the REMS requirement. This means the Court will allow the FDA to once again enforce its requirement for now. In his concurrence granting the stay, Roberts wrote that the “courts owe significant deference to the politically accountable entities with the ‘background, competence, and expertise to assess public health.’” In other words, Roberts deferred to the FDA rather than specifically voting because of the risk to women’s lives.