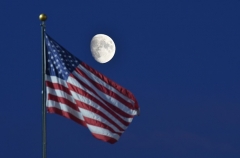 Before Kyle Rittenhouse became a household name, there was Steven Baca. You probably never knew or maybe have forgotten who Steven is.

I'd like to dedicate my last column of 2021 reminding you of his plight and asking you to help me support his defense of the right to self-defense. Steven's case matters because the woke, George Soros-funded district attorney leading the witch-hunt prosecution against Steven may soon be New Mexico's next attorney general if good people do nothing.

Flashback to June 15, 2020: Across America, mayhem and mob anarchy reigned. It had been three weeks since the police-involved death of Minneapolis career criminal and drug addict George Floyd. Black Lives Matter terrorists weaponized chaos nationwide to loot, pillage and burn down businesses small and large. Antifa militants exploited every opportunity to target precious symbols of our national heritage and history, vandalize federal court buildings and churches, and menace all who stood in their way.

On June 15, 2020, as I reported on social media just hours after the violent events unfolded, Steven and several other friends and neighbors gathered peacefully at Tiguex Park in Albuquerque, New Mexico, to protect a statue of Spanish conquistador Juan de Onate. Esther Rivera, a 14th-generation Albuquerque grandmother, showed up to guard the memorial and told me that night: "I was there to pray for peace and the preservation of these statues and preservation of historical art."

The Onate monument had long been a trigger for local agitators identified as Black Lives Matter protesters. Onate, of course, had zilch to do with St. George Floyd or any alleged victim of "institutional racism" in America. But his legacy is part of the fabric woven by the settlers, pioneers, colonizers and founders who made America America. And there's nothing that the social justice crowd hates more than anything or anybody that represents our historic American nation.

Livestream video broadcast during the melee at Tiguex Park showed protesters wielding pickaxes and other objects. They strapped chains to the Onate statue while several belligerent women verbally assaulted Rivera. Some screamed falsely that she was a cop. In several videos of the toppling of the Onate statue, at least two of the agitators can be seen laying hands on Rivera. She told me one woman tried to steal her phone. As she was pushed to the ground, Steven Baca tried to rescue her. A swarm of women blocked Steven, and multiple videos show him trying to peel the women off of him and Rivera. He was a defender, not an aggressor.

As I wrote in my syndicated column last year, assailants screamed falsely that Steven was a cop to stir up the mob as they tore down the statue. "I'm gonna f—-ing kill you," "Get his license plate," and, "Kill him," they threatened — all captured on video. Steven retreated from the crowd, separated from Rivera. He ran into the street, where several rioters beat him in the head and body with a large skateboard (a "longboard") — eerily similar to what happened to Kyle Rittenhouse just two months later. That is when Steven drew his weapon and fired several shots at his attackers.

The man who is captured assaulting Steven with the skateboard is Scott Williams, a left-wing rabble-rouser whose social media accounts promoted antifa, BLM, Saul Alinsky and extremist efforts to "decolonize history." A police report on Williams I obtained documented his alleged harassment and threats against Albuquerque musician Alan Ledergerber for contributing to a GoFundMe campaign supporting free speech dissident Milo Yiannopoulos in 2017. Williams encouraged his friends to dox other donors. The APD report detailed Williams' posts encouraging property damage and messages from Williams promising to "throw first blows" against Ledergerber and destroy his career in the arts.

The Bernalillo County district attorney Raul Torrez brought no charges against Williams for assaulting Steven Baca. Instead, he charged Steven with aggravated battery and unlawful carrying of a deadly weapon. No trial date has been set, but pretrial hearings have been completed, and the case hangs heavy over Steven's life.

I remind you that Raul Torrez is one of dozens of George Soros-subsidized subversives who put "social justice" above equal justice. A Soros front group called the "New Mexico Safety & Justice" PAC — pro-criminal, pro-rioter, anti-cop, anti-Second Amendment — dumped more than $107,000 into Torrez's campaign in 2016. Torrez is now a leading contender to run for New Mexico attorney general in 2022. He is sitting on campaign coffers filled with $334,000 in cash.

Steven, meanwhile, continues to face threats to his safety. After the Rittenhouse verdict, one agitator at a New Mexico protest told local media: "It will not be justice if Steven Baca is acquitted. ... We will not stand by if he walks free in New Mexico."

I will not stand by and let Steven Baca be abandoned by so-called law-and-order conservatives and feckless Republicans who have ignored his plight and discouraged others from speaking out. Steven is banned from Facebook and GoFundMe, but 1,275 donors have joined me in raising $60,000 for his case. You can find the crowdfunding campaign here: https://fundly.com/stand-with-steven-baca. It's us or the anarchotyrannists. Choose.