The United States now leads the world in confirmed cases of COVID-19, the contagious disease caused by the new coronavirus. Efforts to slow the spread have had significant economic ramifications for Americans.

Unfortunately, many are feeling the effects of reduced business activity, layoffs, and furloughs.

That’s led Congress to respond with the CARES Act, which includes sending checks to the overwhelming majority of U.S. households, based almost exclusively on the number of people in the household.

The problem with sending checks to everyone is that the funds will be inadequate for many and gratuitous for others.

Prior to the COVID-19 epidemic, the U.S. economy was incredibly strong. We had record-low unemployment, more jobs available than Americans looking for work, and strong income growth, with the lowest-income workers experiencing the largest gains.

Let’s think of February as the baseline, with the chart below representing different groups of workers and their full income levels. 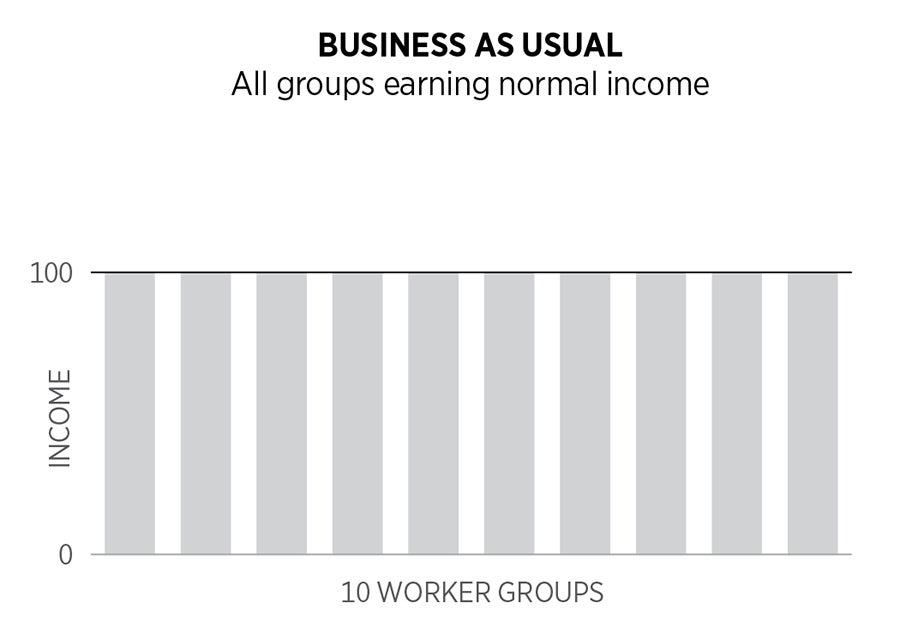 Then came the COVID-19 public health crisis, with measures taken to prevent overwhelming spread of the coronavirus sending shocks throughout the economy.

Millions of individuals who work for or own businesses that were forced to shut down or experienced a massive drop in demand have lost all or most of their incomes.

Amazon alone is hiring 100,000 warehouse and delivery workers and increasing pay for its current workers by $2 per hour. 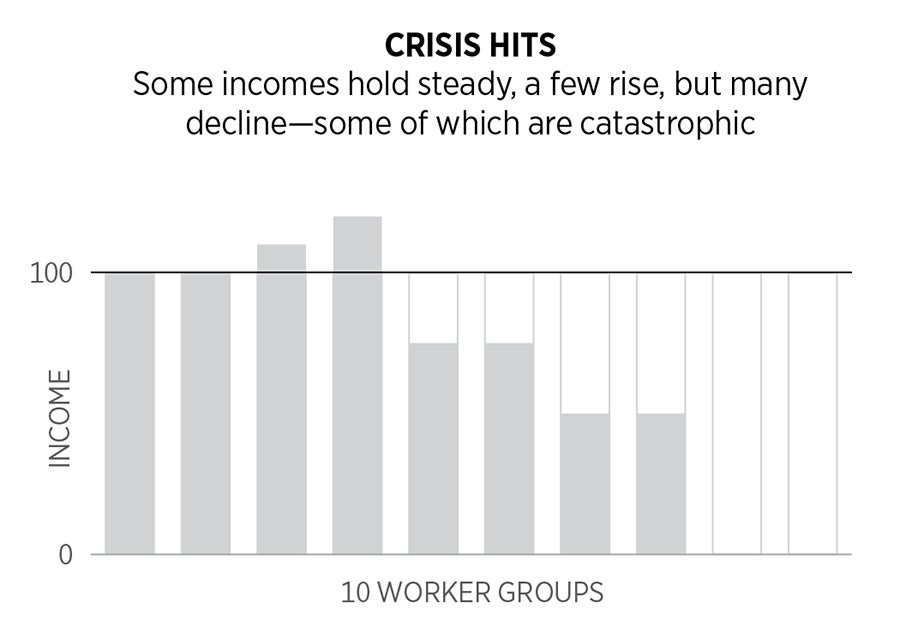 One option for policymakers is just to send checks to every household in America. 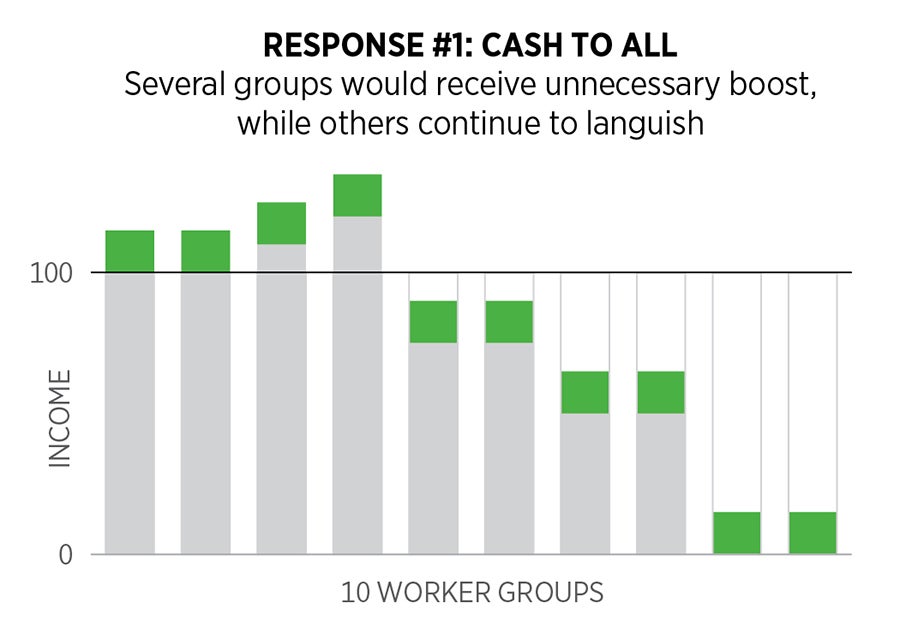 That would get money out the door quickly, but it wouldn’t be anywhere near enough for many workers. Already, millions of Americans have lost their jobs and many business owners don’t have revenue to pay their bills and payrolls. For them, one-time checks wouldn’t cut it.

Meanwhile, the checks would be windfall benefits for households fortunate enough to keep their jobs and incomes. But with relatively few stores, restaurants, entertainment venues, or vacation sites open where Americans could spend the money, the checks are unlikely to stimulate economic activity.

Checks for every household would add significantly to America’s already precarious debt, however.

A better alternative is to provide income and support to maintain Americans’ incomes and connections to employment. That would mean less disruption during the downturn, and once it’s safe, a quicker return to business activity. 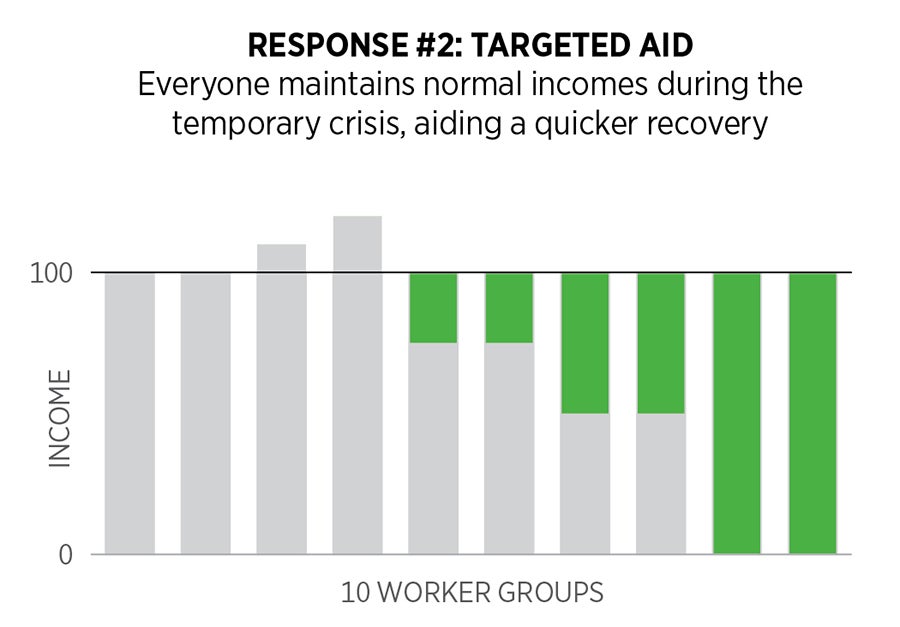 COVID-19 is a temporary public health emergency. Individuals and businesses have been hurt through no fault of their own.

The more Americans who can maintain their employment and income—even if they temporarily are not working or are working fewer hours—the quicker the economy can recover.

Editor's Note: This article originally appeared on The Heritage Foundation.