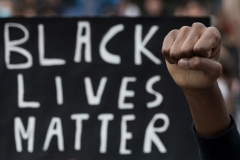 Since the new wave of race consciousness that has been sweeping our country, precipitated by the graphic video of the killing of George Floyd by police officer Derek Chauvin, something very strange has happened.

Somehow, what is perceived as a problem has become widely understood to be the solution. And it is endangering our country.

If there remain citizens in America who, because of race or any other reason, are deprived of the benefits and protections of a free society, we should work to bring those benefits of freedom to them.

The answer is not to abandon the principles that make us a free country.

But this is what is happening. Those who are the loudest and most aggressive about what is supposedly wrong don't want a free country. Their complaint is not about absence of freedom, but who has power and who will be in charge of running the show.

Nothing could make this clearer than the recent bizarre statement of Black Lives Matter about the current civil unrest in Cuba.

This is not rhetoric. This is fact.

Freedom House in Washington, D.C. is a nonpartisan organization that rates all the nations in the world according to how free they are. They rate nations according to political rights and civil liberties.

Yet, Black Lives Matters writes, "The people of Cuba are being punished by the U.S. government because the country has maintained its commitment to sovereignty and self-determination."

As the information from Freedom House shows, the only sovereignty and self-determination that exists in Cuba is in the hands of the communist despots who run the place.

Yet, in the opinion of Black Lives Matter, the suffering of the Cuban people is not due to the despots running Cuba, who deprive them of their freedom, but it's caused by the free country, the USA, that is its nearby neighbor to the north.

We don't see many Americans fleeing to live in Cuba. But, per the Pew Research Center, there are more than 2 million Cuban Americans who left Cuba, or whose family left Cuba, to come to live in a country that is free.

Cuban Americans know what oppression is about, and it's why they care so much about being free Americans.

"Since 1962," says Black Lives Matter, "the United States has forced pain and suffering on the people of Cuba by cutting off food, medicine, and supplies."

Yes, the United States maintains an economic embargo on Cuba. Why should our nation provide sources of revenue that will only go into the coffers of the communists who control everything? But, as The Wall Street Journal's Mary O'Grady points out, contrary to BLM's distortions, "food and medicine are exempt" from this embargo.

The one thing that Black Lives Matter gets right is that almost a third of Cubans are black and brown. Yet, somehow, Black Lives Matter thinks it will enhance the lives of these people of color by supporting oppressors rather than bringing them more freedom.

And, indeed, Black Lives Matter has the same anti-freedom agenda in our country.

The question is why this perverse group has so much credibility and power? What is wrong with our political and business leaders that support these enemies of human freedom?