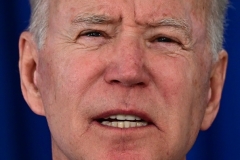 Who should control taxation in America? The American citizens who live and work here or politicians who live somewhere else?

That question seemed to be settled in 1783 when Great Britain ended its war to stop the United States from becoming an independent nation.

Our revolution was precipitated by the British Parliament's repeated efforts to impose taxes on the American people even though the American colonies were not represented in Parliament.

The Parliament, for example, passed the Stamp Act in 1765.

"The provisions of the Bill required certain goods to bear a revenue stamp, similar to those already used in Great Britain, and for which a fee was payable to the government for such 'stamping,'" says an explanation of the act on the website of the British Parliament. "It sought to impose duties on all legal and official papers, such as deeds, wills and ship's paper, as well as on pamphlets, newspapers, and even on dice and playing cards."

The Americans would not have it.

"The passing of the Stamp Act, therefore, galvanized American public opinion against Britain, stimulating inter-colonial political awareness and cooperation," says the Parliament website. "Indeed it met with an open and unexpectedly determined opposition, with many arguing that it was not only unconstitutional but an infringement on their liberty, and calling for greater political freedom under the slogan of 'no taxation without representation.'"

Because of this American resistance, the British Parliament repealed the Stamp Act in 1766. But it did not surrender the authority it had claimed to levy taxes on the American people whom it did not represent.

Instead, it passed the Declaratory Act, which formally and explicitly claimed Parliament did have the right to make laws for the American people.

"That the said colonies and plantations in America have been, are, and of right ought to be, subordinate unto, and dependent upon the imperial crown and parliament of Great Britain," this act declared, "and that the King's majesty, by and with the advice and consent of the lords spiritual and temporal, and commons of Great Britain, in parliament assembled, had, hath, and of right ought to have, full power and authority to make laws and statutes of sufficient force and validity to bind the colonies and people of America, subjects of the crown of Great Britain, in all cases whatsoever."

Now, the question is: Can President Joe Biden initiate a global tax system that applies to the United States.

This past weekend, the Biden administration finished negotiating a deal to create what Treasury Secretary Janet Yellen called a "global minimum tax." The headline on a New York Times story about this deal called it: "A Pact to Tax the World."

"The G7 Finance Ministers have made a significant, unprecedented commitment today that provides tremendous momentum towards achieving a robust global minimum tax at a rate of at least 15%," Yellen said in a statement released Saturday.

"That global minimum tax would end the race-to-the-bottom in corporate taxation, and ensure fairness for the middle class and working people in the U.S. and around the world," she said.

The federal corporate income tax rate in the United States is now 21% — six points above this proposed global minimum. But that is still too low for Biden.

"We can keep giving every break in the world to corporations and CEOs, or we can raise the corporate tax rate back to 28 percent," he said in a speech last month in Cleveland.

In a pre-global-minimum-tax world, such a move might inspire businesses based here to move to other countries where they are taxed far less — or not at all. The Biden-supported global minimum tax seeks to diminish that hazard for high-tax nations.

By ushering in a new order where the minimum corporate tax rate is dictated by an international agreement rather than by legislation passed in the U.S. Congress, Biden might make it easier to increase corporate tax rates, but he would also risk violating not just a principle of our founding but a central article of the Constitution.

Article 1, Section 8, Clause 1 of the Constitution says: "Congress shall have the power to lay and collect taxes, duties, imposts and excises."

Biden cannot take this power from Congress — nor can any international agreement.

What Biden wants to do is profoundly wrong: He is trying to leverage the will of foreign powers against the will of the American people as expressed through their elected representatives.

Congress should reject any deal Biden makes to impose international control over the constitutional authority of Congress to cut taxes.