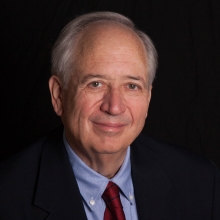 Dr. Peter Langdon Ward earned a PhD at Columbia University in geophysics. He worked 27 years at the United States Geological Survey, leading a group of more than 140 scientists and staff and playing a lead role in establishing and initially leading a major national research program. He chaired a committee at the White House, worked on a committee for Vice President Gore, and testified before Congress in 2004 and in 1978. Ward has worked full time in retirement, at his own expense, since 2006, carefully reexamining all the evidence and theories for why climate has changed throughout Earth history.